PE-sieve is a light-weight tool that helps to detect malware running on the system, as well as to collect the potentially malicious material for further analysis. Recognizes and dumps variety of implants within the scanned process: replaced/injected PEs, shellcodes, hooks, and other in-memory patches.
Detects inline hooks, Process Hollowing, Process Doppelgänging, Reflective DLL Injection, etc.

Use recursive clone to get the repo together with the submodule: 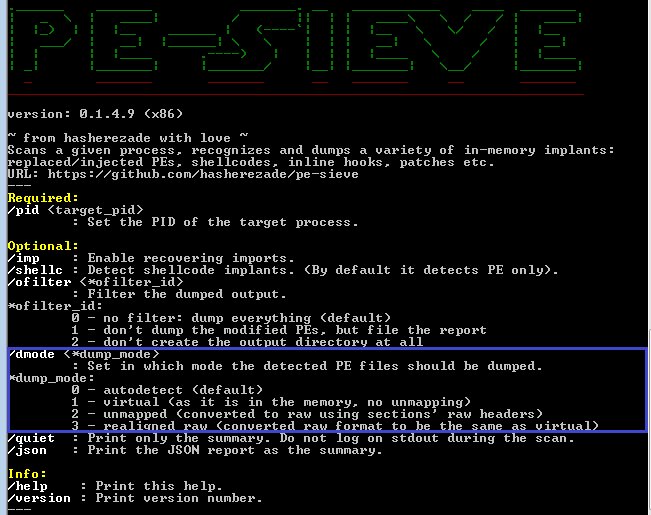 *those builds are available for testing and they may be ahead of the official release:

example: classic unmapping (2) vs remapping (3) — with remapping full virtual content of the section is preserved, so it helps i.e. if the full section was unpacked in memory, or if virtual caves were used 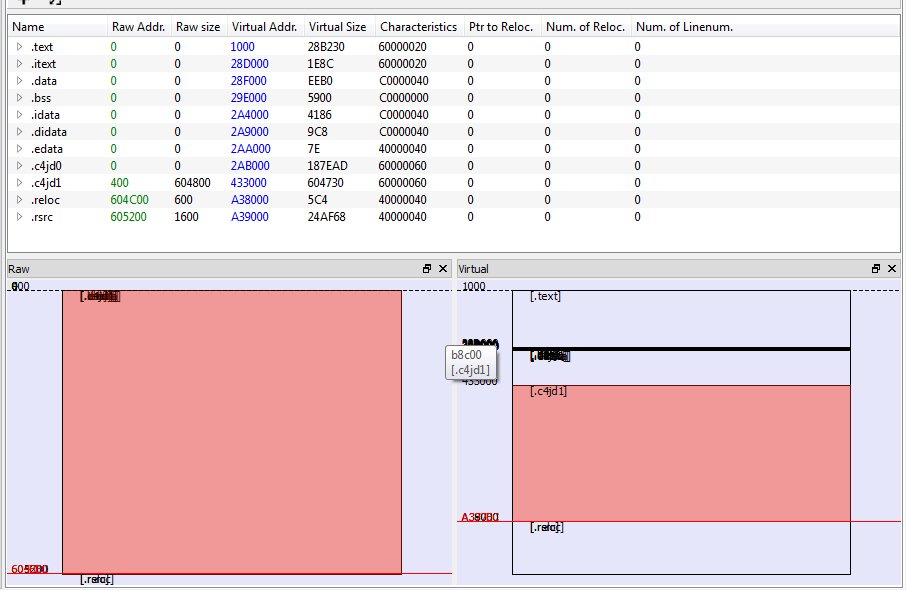 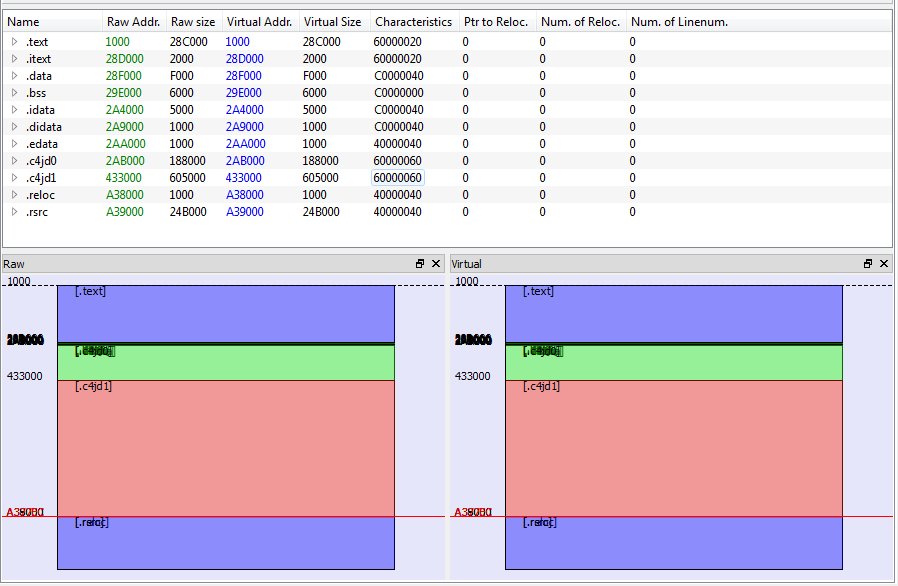 PE-sieve (previously known as Hook Finder) is open source tool based on libpeconv.
It scans a given process, searching for manually loaded or modified modules. When found, it dumps the modified/suspicious PE along with a report in JSON format, detailing about the found indicators.
Currently it detects inline hooks, hollowed processes, Process Doppelgänging, injected PE files etc. In case if the PE file was patched in the memory, it gives a detailed report about where are the changed bytes (and few other properties).

The tool is under rapid development, so expect frequent updates.

PE-sieve is available in 2 versions – as standalone executable, and as a DLL. The DLL version became a base of my other project: HollowsHunter – that makes an automated scan of all the running processes. More about it in the further part of the post.

Where to get it?

The tool is open-source, available on my github:

It has a simple, commandline interface. When run without parameters, it displays info about the version and required arguments:

When you run it giving a PID of the running process, it scans all the PE modules in its memory (the main executable, but also all the loaded DLLs). At the end, you can see the summary of how many anomalies have been detected of which type.

In case if some modified modules has been detected, they are dumped to a folder of a given process, for example:

I started creating it for the purpose of searching and examining inline hooks. You can see it in action here (old version):

It not only detects that there IS an anomaly/patch, but also WHERE exactly it is. For each dumped PE where the patches were found, it creates a file with tags, that can be loaded by PE-bear.

Thanks to this, we can easily browse the found hooks and check the code that was overwritten.

For example – in the application presented above, the Entry Point was patched and the execution was redirected to the added, malicious section:

Later, I extended it to detect process hollowing etc – and it turned out to be pretty convenient unpacker:

In a similar manner, it can detects some other methods of impersonating a processes, for example Process Doppelgänging. The malicious payload is directly dumped and ready to be analyzed:

PE-sieve has an ability to recover erased imports. In order to enable it, deploy it with appropriate option. Example – unpacking manually loaded payloads with imports erased (Emotet):

The project is still not finished and I have many ideas how to make it better. I am planning to detect not only code modifications, but also other types of hooking, such as IAT and EAT patching.

Some in-memory patches are done by legitimate applications, so, in the future version I will provide capability of whitelisting defined patches.

I am also planning to extend its dumping capabilities against the malicious processes that are trying to defend themselves against dumpers etc.

During the development process I got an idea to make a DLL version of the PE-sieve, so that it can be incorporated in other projects.

Building PE-sieve from sources as a DLL is very easy – you just need to set one CMake option: PE_SIEVE_AS_DLL:

The necessary headers needs to be included from the folder “pe-sieve\include“:

I have plans to enrich the API in the future. For now, you can see the PE-sieve DLL in action in the HollowsHunter project.

If you noticed bug or have an idea for a useful feature, don’t hesitate to mail me or create a Github issue – I check them regularly: